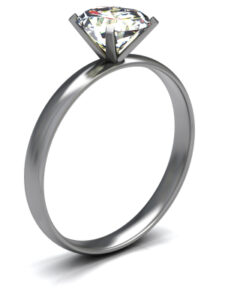 “[I]f an intended husband makes a present, after the treaty of marriage had been negotiated, to his intended wife, and the inducement for the gift is the fact of her promise to marry him, if she breaks off the marriage, he may recover from her the value of such present…”

The Conditional Gift Theory Doesn’t Hold in a Virginia Divorce

Virginia, of course, must be different.  In 1968, the Virginia General Assembly enacted Virginia Code § 8.01-220, which prevents individuals from suing each other for “alienation of affection” and “breach of a promise to marry.”  Subsequently, several Virginia circuit courts (including one as recently as 2006) have found that because a husband cannot sue for breach of a promise to marry, he similarly cannot sue for damages relating to that breach, including the value of the engagement ring.

Though in 1999 the Fairfax County Circuit Court ordered an engagement ring be returned where it was “subject to an unusual conditional gift in that the wife received it not on the condition of marriage but upon promise to return it in the event of separation,” the weight of current authority suggests that absent some other condition, promise or agreement, an engagement ring is an unconditional gift.  Once given, it isn’t coming back (by court order).

Notwithstanding the law, there are often good and fair reasons for returning the “3-month’s salary” ring and many clients are able to successfully have their rings either returned or preserved for their children.

If you have questions about property division in Virginia or whether that engagement ring is rightfully yours, call the experienced Fairfax divorce attorneys at Curran | Moher P.C. at (571) 328-5020.