What Is the Difference Between an Annulment and Divorce? 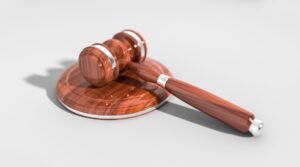 Many might remember the famous “Friends” episode where Ross and Rachel seek an annulment after getting married in Las Vegas. Ultimately, they are denied an annulment by a judge and forced to divorce instead. It begs the question prospective clients often ask, “What’s the difference between an annulment and divorce?”

The simple answer is, in the rare situation when an annulment is granted, it is as if no marriage ever existed. Under Virginia law, there are only a few grounds for an annulment of marriage. Rarely do those apply to most couples, leaving divorce as the only legal means to end their marriage.

Now, let’s get a bit more technical. Under Virginia law, a party can file a suit for annulment under very limited circumstances. First, there may be grounds for an annulment if the parties did not follow the proper procedure for getting married, which requires obtaining a license and solemnizing the marriage. An annulment may also be granted when the marriage itself was void for one of the following reasons: (1) the marriage was entered into before an existing marriage for either party had been legally dissolved; or (2) a marriage was entered into between related individuals, including an ancestor and descendant, brother and sister, or uncle/aunt and niece/nephew.

In addition, there may be grounds for an annulment when one party to the marriage did not have the capacity to consent to the union, whether because of mental incapacity or infirmity, or because one party was under the age of 18. Finally, a party may file a suit for annulment if either party is:

A party cannot obtain an annulment if the party seeking an annulment has cohabitated with the other party after knowledge of the facts that party is basing his or her claim for annulment on. A suit for annulment is also unavailable when the parties have been married for at least two years.

If the few limited grounds for annulment do not apply, then a party must end his or her marriage through a divorce proceeding.  Even if a party believes he/she has grounds for annulment, it is important to note that most grounds render the marriage as voidable as opposed to outright void – meaning even then, there is no guarantee that a court would grant an annulment.

There are certainly different implications of proceeding with an annulment versus proceeding with a divorce. If there are children, a party can still seek custody and child support, just like any other unmarried parent. However, in those cases, a court has no authority to award spousal support or divide the parties’ assets and debts if it annuls the marriage. Because of the complexities involved in annulments vs. divorces, it is important to clarify the difference early on in a consultation.

If you find yourself in this situation, set up a consultation with one of Curran Moher Weis’ family law attorneys to determine whether your marriage dissolution qualifies as an annulment or divorce, and we’ll set you on a path to the most effective resolution.

Follow the latest on divorce and family law in Northern Virginia and the D.C. Metropolitan area at our blog or by following us on Twitter at twitter.com/curranmoherweis.