HOW IS HOME OWNERSHIP DETERMINED IN A DIVORCE? 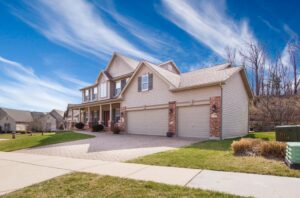 As the busy spring housing market kicks into gear, it is a relevant time to shed light on one of the most complex aspects of divorce – what to do with the marital home.  This question is complex for many reasons, but primarily because it encompasses the substantial, sensitive mix of financial, emotional, and legal considerations.

The first step in the equitable distribution of property, such as a home, is identifying what real property is, in fact, an asset of the marital estate.  The Court must determine whether the home is separate property, marital property, or some hybrid of the two.

There are several ways property may be considered separate property, with the most common situation in divorce cases arising from one spouse’s purchase of the property prior to marriage.  There are others – obtaining real property by the use of separate funds, by gift, or by bequest – but the overarching concept is that certain property may retain a separate nature.  For instance, if one spouse purchases a home and pays off the mortgage using separate income, then the home will be considered a purely separate asset.  The Court has no authority to distribute separate property in a divorce.

As the name suggests, the classification of hybrid property occurs when there exists both a marital interest and a separate interest in the real property.  For example, one spouse purchases a home prior to the parties’ marriage, using his/her separate funds for a down payment and making payments from his/her income toward the mortgage leading up to the parties’ marriage.  Subsequent to the marriage, the income earned during the marriage is used to continue making payments on the mortgage.  As a result, this party is likely to be classified as hybrid property.

The separate interest in the hybrid property cannot be distributed, and will remain the property/interest of that party, and the remaining portion that is martial will be subject to equitable distribution.  In many, but not all, similar situations, the party making the initial down payment may be permitted to a greater share of any equity in the home.

The short answer is: sometimes.  While the equitable interest discussion typically dominates the conversation when distributing real property, legal interest can also be of consequence.  More specifically, legal title can impact the distribution of assets because the Virginia Code specifically prohibits the Court from dividing or transferring property or titled in only one of the parties’ name.

For example, if the divorcing parties purchase a home during their marriage, but because one spouse has poor credit, he/she isn’t on the mortgage or the title.  Each party would still have an equitable interest, but the Court would not have the authority to transfer the property from the spouse who is titled to the spouse who isn’t titled.  The Court can only do so if both parties are titled on the real property.

So What Happens to the Home?

In a situation where the Court cannot transfer the title to a party who is not on the title, the Court has the authority to order a monetary award. This would be payable as a fixed sum or over a period of time in fixed amounts, to the non-titled party as for his or her equitable interest in the house.

If both parties are on a home title, the Court may grant it to one of the parties, while typically also awarding the other spouse payment for his/her equitable interest in the real property.  In doing so, the Court must consider the factors set forth in §20-107.3 of the Code of Virginia to make that determination.

For example, the Court could find that the real property is marital property, but elects to award it to one spouse.  The Court also finds that there is $100,000 of equity in the real property, and divides that equitable interest evenly.  While the Court has awarded the house to one party, it will usually also order that spouse to pay the other party his or her share of equitable interest.  Alternatively, the Court may also order the sale of the property and apportion the proceeds (or debts, if the sale price fails to cover that which is owed on the mortgage) to either party or both parties.

When you hear someone going through divorce litigation say, “I want the house,” while that may happen, it does not come without the cost of buying out the other spouse’s interest. It is an extreme rarity for a spouse to be awarded a home encumbered by a mortgage but to have the other spouse continue to be completely liable on the mortgage with no financial responsibility on the spouse receiving the home.

There are far more nuances than can be covered in a brief overview of what to do with your home during divorce.  The circumstances of each case will dictate how the distribution of real property should occur, and having a trusted attorney assisting is critical to understanding your options.

The attorneys at Curran Moher Weis have the knowledge and experience to help you navigate this and other complex issues of your divorce.  Contact us here or call us at (571) 328-5020 to set up a consultation today.