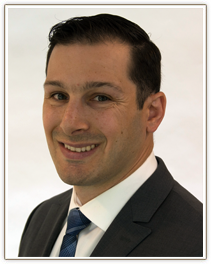 In 2014, Mr. Goldman joined Curran Moher Weis, P.C. after years of practicing family law on Long Island and in New York City. Now focusing his practice in Northern Virginia and the District of Columbia, Mr. Goldman is helping his clients navigate the difficult landscape of divorce by utilizing the same skillset and experience developed working for a prestigious matrimonial boutique in Garden City, New York. He has also added to that skillset along the way, becoming certified and actively participating in collaborative law and by serving as a mediator for family law matters.

Collaborative law and Mediation have become vital tools for Mr. Goldman as more and more clients have been drawn to methods of practice that keep families out of Court (generally referred to as Alternative Dispute Resolution). As he puts it, most clients don’t define “success” by winning at trial, but rather by accomplishing the following objectives: 1) making the process quicker and more efficient; 2) gaining control over their case instead of leaving it in the hands of a Judge; and 3) lessening the hostility between the parties so that the family can continue to manage its affairs in an amicable fashion. If practiced effectively, it can also have the added benefit of saving families tens of thousands of dollars that would otherwise be spent in litigation.

Outside of the office, Mr. Goldman gives back to his community by mentoring local children and young attorneys, donating his time to local causes in the City of Alexandria, and he serves as a board member of the Younger Lawyers Section of the Fairfax County Bar Association. He also spends his time playing flag football, practicing mixed martial arts, and playing golf.

Mr. Goldman received his undergraduate degree from Binghamton University, concentrating his studies in business management, before going on to receive his Juris Doctor from Albany Law School in New York. He is currently licensed to practice law in the State of Virginia, the District of Columbia, the State of Maryland, and the State of New York.

Behavioral Economics and Its Impact on Divorce Negotiations

By Steven Goldman, Esq. Stemming from my background in finance and business, combined ...

I Made (or Lost) Money on GameStop Stock ($GME): What Happens in a Virginia Divorce?

By Steven Goldman, Esq.   Over the past week, GameStop (NYSE: GME) and other “meme stocks” ...

Read More
Testimonials
“…Steven is very tough but also a decent person and works to create the best possible outcome. He guided me through some very difficult and upsetting negotiations to a very good outcome. He is always extremely accessible. He is very honest and does not overbill. I even received money back from my retainer - a true first in any dealings I have ever had with any lawyer. I could not recommend Steven enough. He is emotionally wise beyond his years and is a very excellent lawyer.”
— K.H.
“Steve Goldman was my divorce attorney and did a great job. He was professional while being assertive when needed. He responded to every question and concern I had in a timely manner and always followed through. I have since recommended him to three other people.”
— A.M
“...Steve represented and guided me through what was the worst time of my life. He is smart, knowledgeable, patient, and so skilled at working with and communicating with all kinds of people in this often emotionally charged field. I know now after two years of living with my divorce stipulation and the arrangements we made that he really looked out for me and my daughter in ways that I didn't understand until later.”
— D.G