When is Sole Custody Justifiable in Virginia?

Potential clients often ask about the likelihood that they will be awarded sole custody of their child. This prediction, however, is not so easily forecast. In Virginia, there is both legal and physical custody, and there can be both sole legal and/or sole physical custody awarded or agreed to in any case. Legal custody refers to a parent’s ability to make major decisions regarding a child. So, sole legal custody is the situation where only one parent is responsible for making all decisions regarding a child. Physical custody refers to daily care of a child. When a parent is awarded sole physical custody of a child, he or she is the parent responsible to care for that child. Nevertheless, in all situations involving custody, the courts weigh a number of factors in determining what is in the best interests of the child.
END_OF_DOCUMENT_TOKEN_TO_BE_REPLACED

Top Challenges You’ll Face When Filing for Custody in Virginia

Child custody invokes strong emotions and intense personal interest from all parties involved.  Matters involving the best interests of one’s child or children can have serious consequences.  Money is fungible and can come and go — your children are your children.

END_OF_DOCUMENT_TOKEN_TO_BE_REPLACED

Divorce and the Holidays: Tips from Curran Moher Weis

As the Christmas and New Year holidays are fast approaching, you want to be able to enjoy the holidays with your children and other loved ones.  If you are divorced with children or in the midst of a divorce with children, the holidays can be a very stressful time.  The last thing that anyone wants to do is argue over custody and visitation issues with their former spouse or soon-to-be former spouse during what should be a joyous and happy season.
END_OF_DOCUMENT_TOKEN_TO_BE_REPLACED

One of the biggest dilemmas that both family law attorneys and parents face in custody cases is whether a child should testify in the custody trial.  Some parents want to shield their child from the court process regardless of the circumstances, while others want to give their child a voice – particularly if the child wants to be heard.  Let’s look at some things to consider when this issue pops up:

In custody cases, trial courts have a list of factors they must consider in determining what is in the “best interests of the child.”  These factors are listed in §20-124.3 of the Code of Virginia.  Factor 8 instructs the court to consider the “reasonable preference of the child, if the court deems the child to be of reasonable intelligence, understanding, age and experience to express such a preference.”  A judge, after examination of the child or hearing evidence about the child’s age, maturity, and intelligence, has the discretion to decide whether the child is competent to testify.
END_OF_DOCUMENT_TOKEN_TO_BE_REPLACED 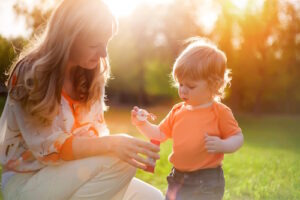 Where parties have a regular schedule that involves alternating weekends and the custody schedule provides that Thanksgiving encompasses both the holiday and the weekend immediately following it, one party or the other can end up having three weekends in a row with the children. This happens if Parent A’s Thanksgiving falls on Parent B’s weekend. Sometimes parents are fine with this. However if they are not, this issue can be solved in several ways. One way is to make Thanksgiving encompass only the Wednesday through Friday of the holiday and not the weekend. This solves the problem of three weekends in a row, but this may not be desirable when one or both parents customarily travel over the holiday and want the entire weekend to do so. Another option is to “reset” the schedule if it were to result in one parent having three weekends in a row, such that the weekend immediately following Thanksgiving weekend would “reset,” or switch to the parent who did not have the children over Thanksgiving weekend and the weekend immediately prior to it.
END_OF_DOCUMENT_TOKEN_TO_BE_REPLACED

International travel with children can be a hotly contested issue in divorce or custody cases, and even more so in our extremely transient, diverse, and well-traveled Northern Virginia population.  Many times, parties are able to work out mutually agreeable terms regarding international travel, but others aren’t so fortunate.  A parent might be concerned about his or her child traveling internationally for any number of reasons, including the safety of the destination country and the concerns of parental kidnapping.  This will serve as an introduction to some passport issues and how the state courts can get involved.

U.S. passports may only be obtained by U.S. citizens and nationals.  An applicant who meets the criteria for a passport must be issued one.  Thus, as long as you can “check all the boxes” you are generally entitled to a passport.  The State Department cannot arbitrarily decline a request for a passport.
END_OF_DOCUMENT_TOKEN_TO_BE_REPLACED

With the number of people constantly moving in and out of the Northern Virginia area, it’s no wonder that relocation cases are some of the most frequently litigated domestic relations cases in our courts. Two separating parents that plan on living relatively close to each other can frequently come to a compromise that can be much more elusive in long-distance relocation cases. Indeed, many parents who even bring up the possibility of a long-distance move are met with an “over my dead body” type response from the other parent.

Regardless, in many circumstances, moves are unavoidable. For example, a recently divorced spouse might find that finances are so tight after the divorce that he or she simply can’t afford to remain in the costly Northern Virginia area. Other times, a new job or job transfer requires relocation. Parties may wish to relocate for a new spouse, or to move to an area they feel is “home,” often to be near relatives and the support network they can provide. Some may feel they would benefit from a fresh start or a change of scenery – a form of “geographic therapy”.

If the request to relocate with the child is made as part of an initial custody determination (i.e. a complaint for divorce or petition for custody), then the Court simply analyzes how the “best interests of the child” factors listed in §20-124.3 of the Code of Virginia apply to the facts of a particular case in determining whether a relocation is justified. If a custody order is already in place, the party seeking relocation needs to clear the additional hurdle of proving that there has been a material change in circumstances since the last order was entered. The burden to prove both is on the party seeking relocation. In the latter types of cases, the existing custody order will most likely require a party seeking to relocate to give the court and the other parent at least 30 days’ notice of the intended relocation. Note that the court cannot prohibit a parent from relocating – it can only prohibit the parent from taking the child with him or her.
END_OF_DOCUMENT_TOKEN_TO_BE_REPLACED