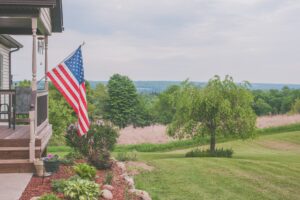 There are three separate systems for military disability benefits: 1) Military disability retired pay; 2) Veteran’s Administration (VA) disability compensation; and 3) Combat-Related Special Compensation (CRSC).  You should be aware of all of these, and how they may affect your situation:

There are three steps to determining the rate of this disability pay.  For the sake of example, assume the servicemember has an active duty base pay of $4,000 per month, 20 years of creditable service, and a disability rating of 60%. To determine the calculation, first, calculate the servicemember’s normal retired pay based on his or her years of service.  Let’s assume for this calculation that this number is $2,800. Then, multiply his base pay times his disability rating ($4,000 x 60% = $2,400). The servicemember receives the higher of these two amounts so in this case, he would receive a total of $2,800.  However, only the difference between these two amounts (i.e. $400) would be divisible by a court in divorce proceedings.

As you can see, it’s possible that a servicemember can drastically reduce or even eliminate the former spouse’s share of disposable retired pay by applying for disability.

Until recently, some Virginia courts took the position that even though they couldn’t require the military to pay disability to a former spouse, they could order the servicemember to indemnify the former spouse if he or she ever claimed disability and in doing so, reduced a former spouse’s entitlement to disposable retired pay.  However, this option is no longer available.

The United States Supreme Court in Howell v. Howell, 137 S. Ct. 1400 (2017) held that such indemnification orders were unconstitutional.  A state divorce court couldn’t do indirectly (require indemnification for a disability claim) what it couldn’t do directly (require the military to pay a portion of a servicemember’s disability pay to a former spouse).

It can be a nasty shock for a former spouse’s share of retired pay to be reduced or eliminated due to a servicemember’s receipt of disability pay – a risk that a former spouse assumes if their divorce case goes to trial. So what can be done?  In the wake of Howell, there are several options, but all require a Settlement Agreement where a case does not go to trial:

These are clearly complex issues that require careful consideration and extensive knowledge of the nuances of a military divorce. Whatever your situation, if you are a military member or military spouse going through separation and divorce, you should ensure you work with a divorce attorney who is experienced in military issues.

Contact one of Curran Moher Weis’s expert attorneys who can help you navigate and ensure you are protected in a military divorce.  Set up a consultation here.