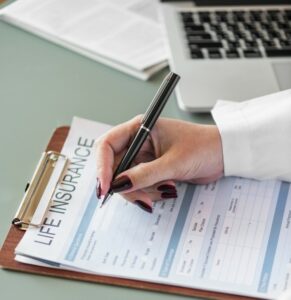 Now, section 20-107.1:1 of the Virginia Code is in effect, and Virginia courts have the ability to require spouses paying support to maintain a policy of life insurance to benefit the recipient spouse.  Virginia has a large federal workforce, and federal employees are covered by the Federal Employees’ Group Life Insurance Program (“FEGLI”).  Under section 20-107.1:1, can a court now require a federal employee who has a spousal support obligation to name his or her former spouse as a beneficiary of some or all of his or her FEGLI policy?  The answer is yes.

I have spoken to a great many family law practitioners who are not aware of the current federal laws regarding FEGLI, and who believe that state court orders requiring the designation of beneficiaries on FEGLI policies are not enforceable due to the law of federal preemption.  While this was once true, it is no longer the case and has not been the case for 20 years.

The following is a description of the evolution of the law regarding FEGLI, and sheds light on why it is not commonly known that court orders to require the maintenance of FEGLI policies are, in fact, enforceable:

In Ridgeway v. Ridgeway, 454 U.S. 46 (1981), Army Sergeant Ridgway and his former wife got divorced in Maine.  The Maine divorce decree required Sergeant Ridgway to maintain the parties’ three children as beneficiaries on his Servicemembers Group Life Insurance (“SGLI”) Policy provided to him through his employment with the Unites States Army.

Sergeant Ridgway remarried and changed his SGLI policy to provide for payment of the death benefit to his new wife.  Sergeant Ridgway died, and the state court had to confront the question of who should receive the death benefit.  Ultimately, the United States Supreme Court held that the death benefit must be paid to Sergeant Ridgway’s new wife, because to hold otherwise would run afoul of the Supremacy Clause of the United States Constitution, which dictates that federal laws trump state laws where there is a conflict between the two.  In so holding, the Court found that the federal law of SGLI, which provided that a servicemember’s beneficiary designation controlled how his or her SGLI benefits were paid, trumped the Maine state court order requiring a different beneficiary to receive payments.

At the time of the ruling, FEGLI operated essentially the same as SGLI, so at that time, a state court order requiring the naming of a life insurance beneficiary could not override the employee’s beneficiary designation on file with the Federal Government’s Office of Personnel Management (“OPM”).

The law regarding FEGLI beneficiary designations was changed, however, in 1998.  That year, the United States Congress passed Public Law 105-205, which provided for the first time that state court orders directing the maintenance of insurance and the naming of beneficiaries overrode the employee’s beneficiary designation.  The only caveat to this was that to be effective, the state court order had to be transmitted to the employee’s agency (or to OPM generally if the employee was retired) prior to his or her death.  Subsequent regulations interpreting Public Law 105-205 published on April 6, 1999 describes the change in the law as follows:

The Federal Employees’ Group Life Insurance (FEGLI) law sets an order of precedence for payment of benefits following the death of an insured employee, annuitant, or compensationer (5 U.S.C. § 8705). First in the order of precedence is a designated beneficiary. There has been no statutory limitation on changing designations.  When a divorce decree requires an individual insured under FEGLI to name his/her children or former spouse as the beneficiary, it is possible the individual may not comply or may comply and then change the designation at a later date. This action, while potentially in violation of the court order, did not violate the FEGLI law.

Why, then, do so many practitioners believe that court orders directing FEGLI beneficiaries can be overridden?  The answer likely lies with the Federal Government’s published Handbook for Attorneys on Court-ordered Retirement, Health Benefits and Life Insurance.

The Handbook was originally published by the Federal Government to educate attorneys on the various retirement, health, and life insurance benefits enjoyed by Federal Government employees, as well as to assist attorneys in generating the proper forms to divide the benefits between divorcing spouses.  (The Handbook can be found on OPM’s website, www.opm.gov. Regarding FEGLI, it provides that beneficiary designations can be changed by the employee at any time.)

However, the handbook was last updated in 1997 – a year before Public Law 105-205!  The Federal Government has simply never gotten around, in the last 20 years, to updating the Handbook to reflect the current state of the law regarding FEGLI beneficiary designations.

It should be noted, however, that the Federal Government does not appear to have enacted a provision similar to Public Law 105-205 for the SGLI policies that cover military members.  Thus, a court order requiring a divorcing Servicemember to designate his or her former spouse as a beneficiary under his or her SGLI would not survive the Servicemember’s later decision to change his or her beneficiary.

It is essential to hire a divorce attorney who is knowledge about the nuances and complexities of family law. The experienced attorneys at Curran Moher Weis make a point to stay up to date on these matters, and to serve as an educated, supportive guide for our clients as we navigate their divorce together.

If you are a federal government employee or spouse pursuing a divorce, contact us to discuss a plan that will set you up for as successful and painless of a process as possible.